All roads lead south: Why car manufacturers are choosing Texarkana 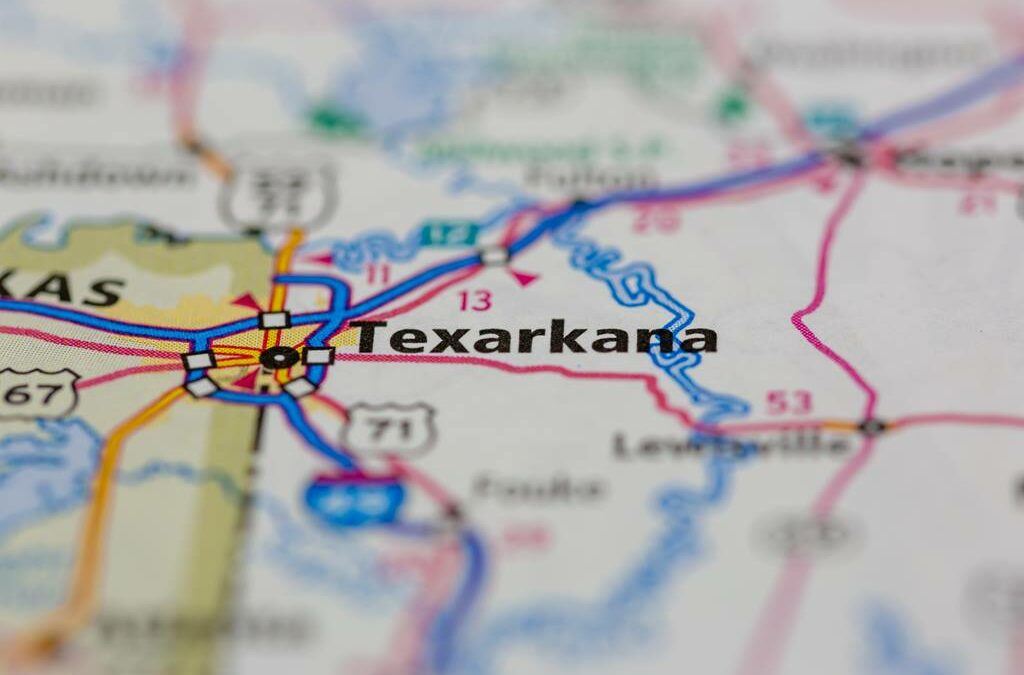 The southern US has become an increasingly popular location for big-name auto manufacturers, with the region of Texarkana offering a rich industry legacy, robust infrastructure and affordability, as AR-TX REDI president and CEO Rob Sitterley explains.

In recent years, the southern U.S. has become increasingly popular among car manufacturers, with big names like General Motors, Toyota and Tesla operating out of the southern states and Mexico. The region of Texarkana, located across Texas and Arkansas, is in prime position to provide them with the environment they need.

“Texarkana is an ideal location for auto manufacturing,” says AR-TX REDI president and CEO Rob Sitterley. “The region has a rich legacy, complemented by an ideal geographic location and robust infrastructure. On top of all this, our region is among the most affordable places in the country to do business.”

Texarkana is located right on the growing North America Free Trade Agreement (NAFTA) ‘auto corridor’, which runs from Michigan to the Gulf of Mexico and accounted for nearly 90% of light vehicle production in the US in 2019.

Traditionally, Detroit was the heart of US automotive manufacturing, but since the establishment of NAFTA in 1992, nearly all new North American automotive plants have been built in southern states and Mexico. The agreement means that any product with at least 62.5% American, Mexican or Canadian parts is duty free.

Mexico, in particular, is developing a significant automotive cluster and emerging onto the global market, with General Motors, Toyota, Peterbilt and others now present in the north-east.

Because of its location, Texas is a primary link between Mexico and the rest of the US automotive market, and billions of dollars of vehicles and parts are now transported between Mexico and Texas annually. In 2020, Texas ranked 11th for transportation equipment exports in the US, with a total value of $1.3bn and Mexico and Canada being its top two destinations.

As the south continues to develop into a powerful automotive cluster, Texarkana is in good company. Neighbouring Mississippi is known as a powerhouse of the automotive industry, with nearly 200 suppliers employing around 26,000 personnel and the Mississippi State University Centre for Advanced Vehicular Systems focused on building the next generation workforce. In nearby Alabama, new auto industry projects created 2,600 new jobs and $1.6bn in investment just last year, and Tennessee is home to massive assembly lines for General Motors, Nissan and Volkswagen and ranks number one in the southeast for electric vehicle manufacturing.

But the trade opportunities are not just local. Texas is home to 15 seaports and 26 commercial airports, and leading international automotive companies from countries including China, Germany, Japan, Sweden and the UK are increasingly investing and relocating here.

“Texarkana is a great place to do business,” says Sitterley. With free land, low tax, an affordable workforce and a streamlined regulatory process, it has plenty to offer. The employment turnover rate of the AR-TX region is 33% lower than the national average.

The world’s ninth largest economy, Texas is ranked fourth US state for ease of doing business by CNBC. In June 2013, Texas’ HB 800 law reinstated R&D tax credit, and in 2014, sales tax exemption and research credit were extended through 2026 to boost manufacturing and high-technology industries, which includes the auto industry. In Arkansas, manufacturing ranked the top industry in terms of contribution to GDP in 2020.

The region boasts a well-established automotive manufacturing sector, with Texas ranking in the top ten nationally for automotive manufacturing employment and establishments. In 2019, it was home to the second most licensed drivers of any state, at almost 18 million, and over 23 million vehicle registrations, putting it second behind California. A major passenger vehicle assembly plant operated by global leader General Motors has been established in Texas for over 60 years, and Tesla opened its second US assembly plant in Austin in 2020.

For automotive manufacturing companies, one of the main attractions of Texarkana is the region’s large, skilled and cost-effective labour pool, which is based on a long tradition of industry. “With such rich history in manufacturing, our workforce represents generations of dedicated builders and makers,” says Sitterley. “This makes our region ripe for large-scale auto manufacturing operations.”

As well as this, a steady pipeline of new talent is being created through education, with Texarkana College offering auto industry-certified training from this year.

As the automotive manufacturing industry advances into the future, Texarkana promises to be a location of increasing opportunities.

With sustainability and energy concerns becoming ever more pressing, the region is embracing automotive innovation. Texas and Arkansas offer a range of alternative fuel and clean vehicle rebates and grants, and Texas has established laws supporting testing and operation of automated vehicles. In September this year, AW Texas opened a $400m plant to produce automatic and hybrid vehicle transmissions.

For automotive manufacturers looking to take advantage of the thriving industry cluster in southern America, Texarkana is a site of huge opportunity. The region has grown in prestige and market presence over the last couple of decades, and it is only set to grow.