Land of Opportunity: How Texarkana became a Prominent Manufacturing Hub 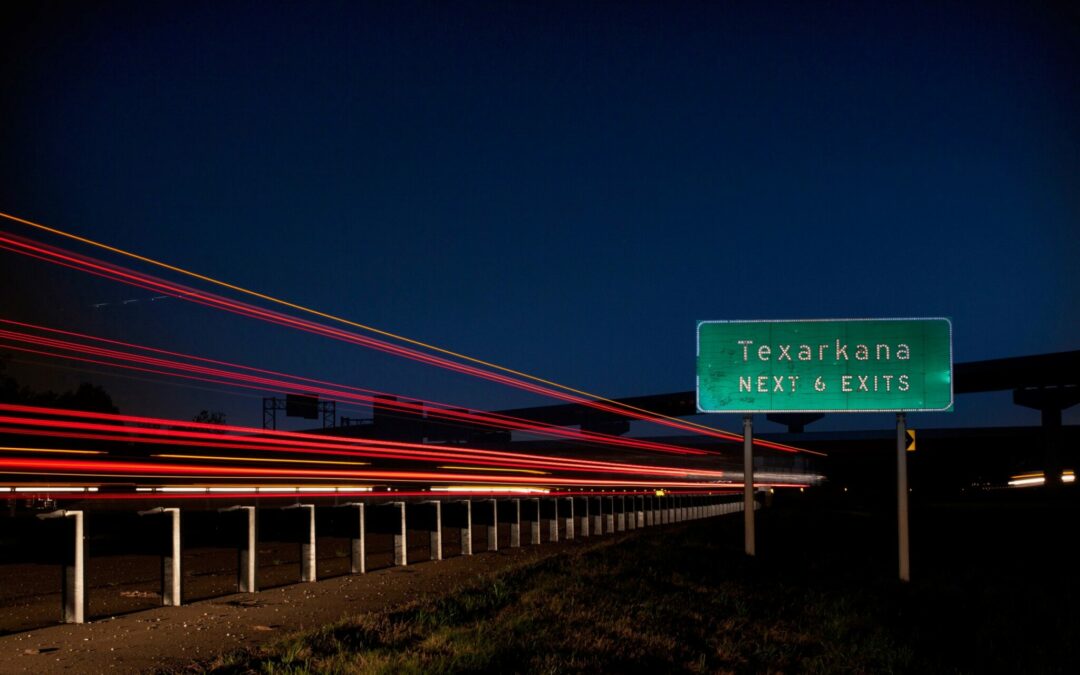 Comprised of Bowie County, Texas, Little River County, Arkansas and Miller County, Arkansas, the Texarkana Metropolitan Statistical Area (MSA) is anchored by the twin cities of Texarkana, founded on both sides of the state line in 1873. Thanks to its unique position, the area has a dynamic character and rich industrial fabric. Yet its story from sleepy Southern town to key manufacturing hub starts out the same as many a city established across the country in that era: with the railroad.

While settlers had been present in the area for years prior to Texarkana’s official founding, it was the construction of the Texas and Pacific (T&P) railroad that put the land on track to become the city it is today. Construction began in the summer of 1873, when T&P decided to join its eastbound line out of Dallas with Cairo & Fulton’s westbound line out of Arkansas on the Texas-Arkansas state line.

In early December, news started to spread that T&P would soon be selling lots, and men from all over the region camped out at the site to be there for the event. On December 7, at 9am, a special agent from T&P opened the sale, using the top of a tree stump for a desk. Lots were laid out on the city plat and sold for $300, with corner lots going for $350.

The first of the corner lots was sold to Anthony L Ghio, who arrived in the area that day. As soon as the sale adjourned for lunch, Ghio let a contract for a structure on his land, with plans to open a store in Texarkana. This store was the first of many commercial properties for the prosperous Italian, who became city mayor in 1880.

While Ghio’s store was being constructed, Colonel Rodgers built Texarkana’s first sawmill, a necessary fabrication for a soon-to-be town currently covered in trees. The timber industry was key to Texarkana’s early development, and the synergistic relationship between the sawmills (who processed the logs into lumber) and railroad companies (who transported it to distant markets) progressed the land both physically and economically in those years.
Early industry in Texarkana

During Ghio’s three terms as mayor, and later time as alderman, he oversaw the construction of numerous amenities and infrastructures. The city’s industrial history kickstarted over the 1880s with the creation of a compress, foundry, and multiple factories, although life in Texarkana remained largely centered around the railroads in this time.

Many more railroads had been constructed over the decades, connecting Texarkana with important settlements in the Southwestern frontier and earning the city the nickname ‘Gateway to the Southwest’.

The town’s population quickly grew as enterprising businessmen and dedicated workers recognized the rich opportunities the land had to offer. By 1930, the Twin Cities’ combined population hit 27,000, industry had further diversified, and Texarkana MSA’s history as a proudly united region of American builders was established.

“Having the superior infrastructure of two states and the strategic location of the region presented a unique value proposition then and now. What was once a contested rivalry for jobs and workforce has today transformed into a unified vision for the area. Rather than be in competition with each other, community leaders saw the value in merging and representing the region with one voice,” explains Rob Sitterley, president and CEO at AR-TX Regional Economic Development Inc.

But as goes the tale for any aspiring American town in the 1930s, this spirit was dampened by the Great Depression. For Texarkana, however, it was what happened directly after this devastating period that reshaped the region’s future.
Red River Army Depot

In 1939, motivation to breathe life back into Texarkana’s withered economy led a team of men to prove to the Army that Texarkana MSA was the ideal location for the planned Red River Army Depot and Lone Star Army Ammunition Plants.

When the contracts were signed, Europe had broken out into war and the plants were essential in supplying the Allies and US Army with ammunition. As demand grew, Red River quickly expanded its mission into general supply storage and tank repairs. To this day, the site provides ground combat and tactical systems sustainment maintenance operations and has been an instrumental asset to the US throughout its international conflicts.

But to Texarkana’s citizens in 1941, Red River and Lone Star meant something else. For the first time, jobseekers began arriving in the area from the North, and the city’s population skyrocketed. Employment at Red River Army Depot reached 11,570 in 1950. Not since the joining of the first two railroads had any development in Texarkana so significantly improved the area’s prospects.

From there, Texarkana went from strength to strength. “The culture of loyalty, dedication, ingenuity, and hard work permeated throughout the community,” explains Rob Sitterley. “As more private businesses formed and commerce grew, the core values of the Red River Army Depot had a lasting impact that continues to amplify the success of the community to this day.”

Today, that culture is stronger than ever. Any company eager to tap into Texarkana’s strong workforce, low tax rates, and prime connectivity can do so with the support of AR-TX REDI, Texarkana’s regional economic development organization. The non-profit group acts as a single point-of-contact for relocating or expanding companies in the area. It represents and exclusively negotiates on behalf of multiple large tracts of land with direct access to US interstates, highways and you guessed it, rail.

AR-TX REDI was born from a unified vision for the future of Northeast Texas and Southwest Arkansas. Inspired by the region’s long history in manufacturing, and the potential its strategic location offers to companies, the group is committed to helping your business connect with economic development opportunities throughout the entire Texarkana region. To find out more, download the whitepaper below.

Sources
Images of Texarkana: A Visual History. ‘An Impressionistic History’